The Legacy of J’ouvert in Carnival (Panel discussion) 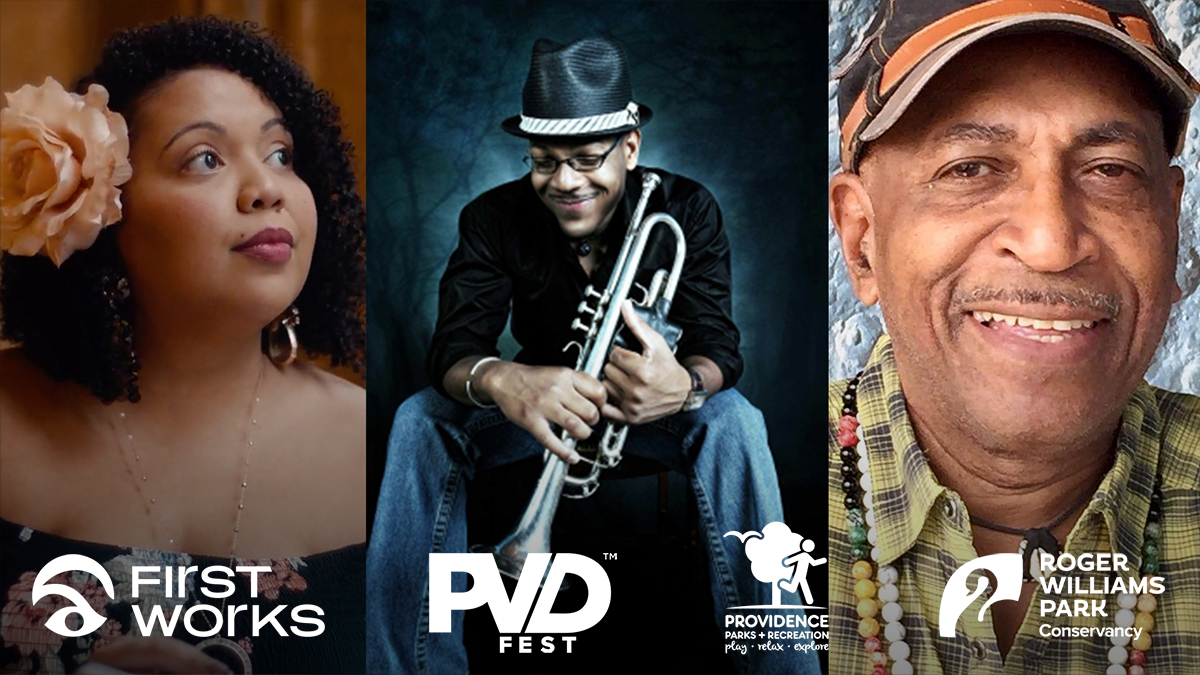 J’ouvert, pronounced “jou-vay” from the French patois, is a traditional festival originating in Trinidad and Tobago but is celebrated throughout the Caribbean. Meaning “dawn” or “daybreak,” J’ourvert celebrations begin in the early morning and commemorate emancipation from slavery. Historically, the festival occurs in August, but it has become associated with pre-carnival celebration over time. As part of PVDFest Ideas, Etienne Charles (Trinidad), Gabriel “David” Alexis (Trinidad), and Becky Bass (St. Croix) will discuss the legacy of J’ouvert from its Caribbean origins and its integration into Carnival celebrations.

Attendees are invited to stay on after the panel talk for an afternoon of Carnival sounds and ideas featuring music workshops with Etienne Charles (2:15-3 PM) and Becky Bass (4-4:45 PM), culminating in a free concert at the Bandstand (5-6:00P PM) with Etienne Charles and his band.

Etienne Charles
Hailed by The New York Times as “an auteur” (Ben Ratliff) and by Jazz Times as a, “daring improviser who delivers with heart wrenching lyricism” (Bill Milkowski), Trinidad born Etienne Charles has received critical acclaim for his exciting performances, thrilling compositions and knack for connecting with audiences worldwide. Perhaps more than any other musician of his generation or Eastern Caribbean origin, Charles brings a careful study of myriad rhythms from the French, Spanish, English and Dutch speaking Caribbean to his compositions. Crucially, as a soloist, he fully grasps the New Orleans trumpet tradition; which is readily discernible in his trademark instrumental swagger, and what famed Crescent City Pianist, Jelly Roll Morton so succinctly captured in the now immortal phrase, ‘The Spanish Tinge’.

Charles’ new album, Carnival: The Sound of a People Vol. 1, is an excursion into the varied acoustic sounds, grooves, chants and rituals of his native Trinidad & Tobago Carnival. His 2016 album San Jose Suite was a musical discourse on the effects of colonialism through the scope of the experiences of First Nation peoples and African descendants in three San Jose locations, Costa Rica, California and Trinidad. In June 2012, he was written into the US Congressional Record for his musical contributions to Trinidad & Tobago and the World.

In 2013, his album Creole Soul reached #1 for three weeks on the Jazzweek chart and was eventually named #3 Jazz Album of the year by Jazzweek. Also in 2013 he received the Caribbean Heritage Trailblazer award from the Institute of Caribbean Studies (Washington, DC).

In 2015, Charles was named as a John Simon Guggenheim Fellow in the Creative Arts. In 2016 he was the recipient of the Michigan State University Teacher Scholar Award, the Jazz at Lincoln Center Millennial Swing award and was a featured panelist and performer at the White House for a Caribbean Heritage Month Briefing. He made his debut as producer and songwriter on the album Petite Afrique by Somi (Sony/Okeh 2017) which won Outstanding Jazz Album at the 2018 NAACP Image Awards. He has been featured as a bandleader at the Newport Jazz Festival (RI), Monterey Jazz Festival (CA), Atlanta Jazz Festival (GA), Pittsburgh JazzLive international Festival (PA), San Jose Jazz Festival (CA), Java Jazz Festival (Indonesia), Ottawa Jazz Festival (Canada), St. Lucia Jazz Festival, Barbados Jazz Festival, Library of Congress (DC), Carnegie Hall (NY) and Koerner Hall (Canada). As a sideman he has performed with Roberta Flack, Marcus Roberts, Marcus Miller, Count Basie Orchestra, Frank Foster’s Loud Minority Big Band, Monty Alexander and many others. He has been commissioned as a composer and arranger by the Savannah Music Festival (2017), Chamber Music America (2015), the Charleston Jazz Orchestra (2012) and the Chicago Jazz Ensemble (2011). As an educator and conductor he has done residencies at the Juilliard School (NY), Stanford University (CA), Columbia College Chicago (IL), Oakland University (MI), Walnut Hills High School (OH), Cultural Academy for Excellence (DC) and the US Military Academy (NY).

His dedication to the preservation of artistic traditions in his homeland inspired him to form and lead the carnival bands, “We the People” (2017) and “Street Party” (2018) which featured a full live brass band on a truck going through the streets of Woodbrook and Port of Spain playing vintage calypso and soca. He understands his role as Artist citizen and sees live music as a way to uplift all peoples and is dedicated to bringing it to those who aren’t able to attend concerts. Specifically, in his homeland of Trinidad and Tobago, he has done performances and workshops at Princess Elizabeth Center, St. Dominic’s children’s home, St. Mary’s children’s home, St. Jude’s school for girls, St. Michael’s school for boys, St. Margaret’s school for boys, Youth Training Center and Maximum Security Prison.

Gabriel “David” Alexis
Gabriel David Alexis was born and raised in Trinidad and Tobago. He moved from New York to Providence over 30 years ago and has been an active participant in the city’s arts and culture scene. As the founder of Flambeau Works, he focused on highlighting Trinidad’s carnival culture. Flambeau is a saying in the Caribbean culture that signals a light source in the dark, a metaphor for knowledge. Gabriel has extensive national and international experience dedicated to bringing awareness and excitement to cultural practices. He served as a board member of the Providence Black Repertory Company, was central to the development of Providence Sound Session, and is a judge at the Brooklyn New York J’ouvert carnival festival. Gabriel divides his time between Providence, New York, and Trinidad.