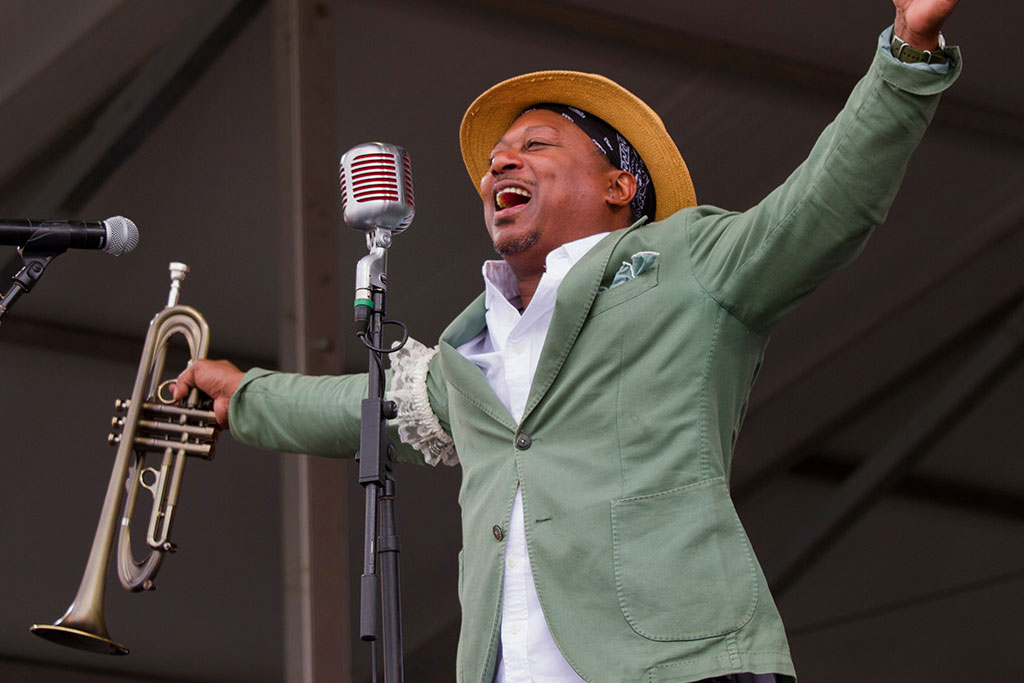 From playing himself in the HBO Series “Treme,” to barbecuing outside his New Orleans bar, Kermit’s Treme Mother-in-Law Lounge, to sitting in with Jon Batiste and Stay Human on “The Late Show with Stephen Colbert,” trumpeter/vocalist Kermit Ruffins keeps himself busy when he isn’t on stage doing what he does best—entertaining and sharing his love of life with the world. Ruffins’ ebullient attitude and love of his hometown music firms his reputation as the New Orleans idol. Dedicated to preserving and passing on the tradition of jazz, he is often compared to his own hero, Louis Armstrong. The original co-founder of the Rebirth Brass Band, Ruffins personifies the laid-back vibe of New Orleans, and is laying it on this year’s PVDFest!