PVDFest in the Park: Tell Your Truth – Speak Up 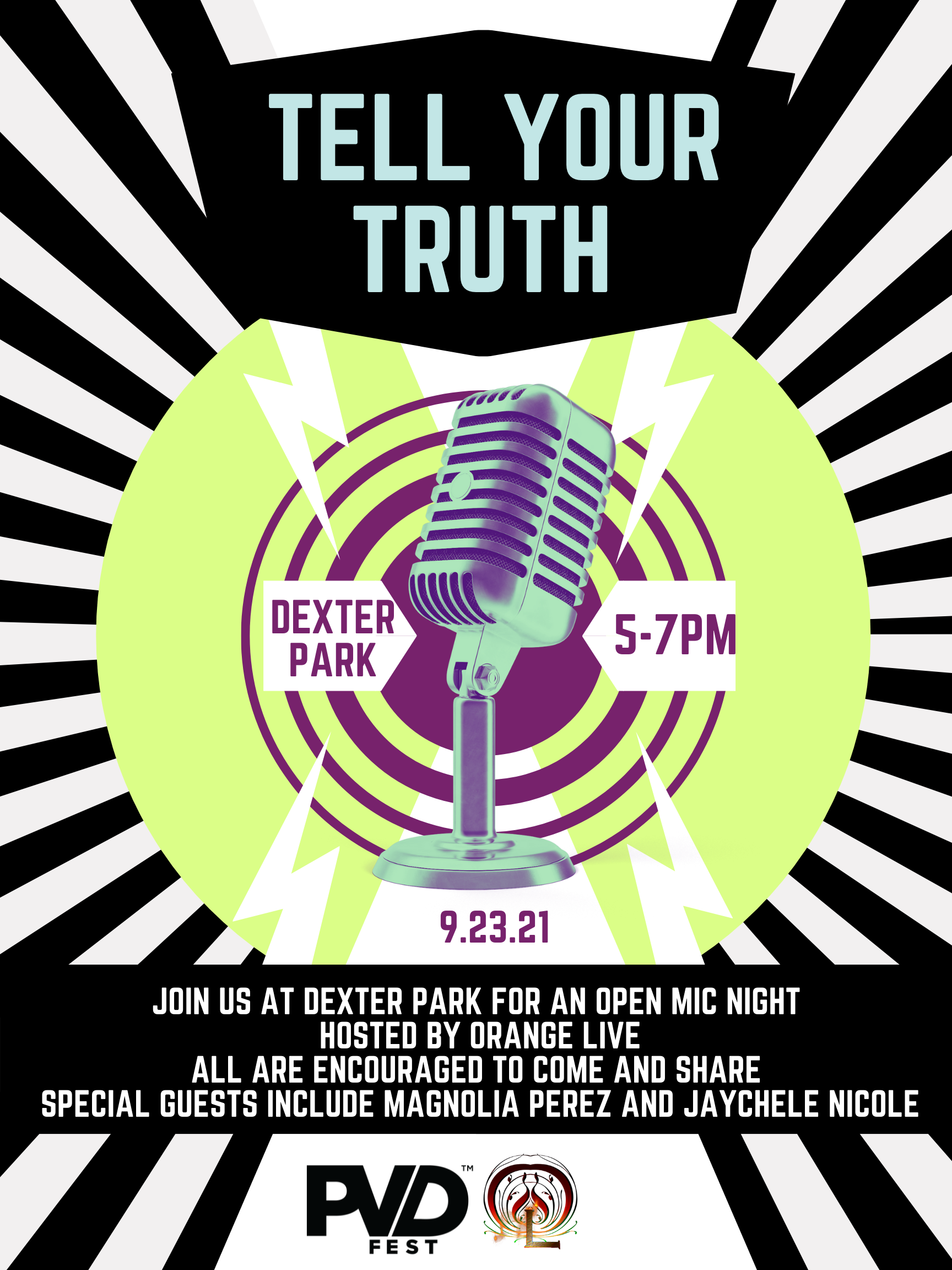 “Tell your Truth” returns to India Point Park to provide space where folks can speak candidly on the mic about trauma, injustice, connection, love and other topics. Anyone who has something important to say and wants their voice to be heard, be sure to join us for this special event. Orange Live will be the host of the evening.

Damont Combs is a poet from Southside Jamaica Queens and a graduate with a degree in Computer Technology Service from Johnson and Wales University. Mr. Combs, otherwise known as Mr. Orange Live, has released two books of poetry: My Poem… My Riddle, (Prysmatic Dreams Publishing, 2015) and Damont Combs presents A Touch of Orange (Kingdom Enterprise LLC, 2016).

A spoken word tribute to the city of Providence.

Jaychele is a 16 year old student activist. She is the Co-Founder and Executive Director of the national youth organization Gen Z: We Want To Live. She has been involved in social justice work for over three years, speaking at rallies, meeting with government officials, and testifying at the Rhode Island Statehouse. She has contributed to many organizations such as Young Voices, Sunrise Providence, Zero Hour, Planned Parenthood, March for Our Lives, Rhode Island Coalition and Against Gun Violence.