Waterways – Past & Present: a conversation about ecology, waterway restoration, and creating civic spaces 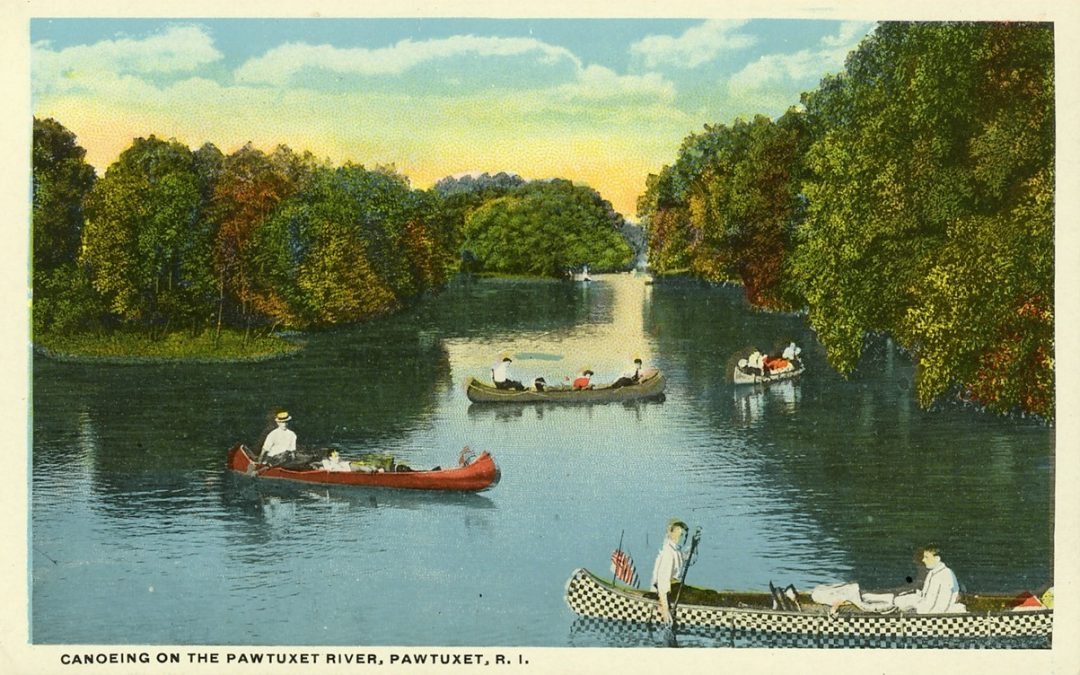 What do we owe our waterways, and how can we use them to enhance civic life?  What can we learn from the near-miracle of Providence’s River Relocation project and other local efforts to reclaim our waterways? Come to the Rhode Island State Archives to hear how local leaders are supporting conservation efforts by bringing more people to local waterways through innovative programs and community events. And hear plans for future projects, all with the goal of re-establishing waterways as centers of civic life.

Janet Coit, Director of the Rhode Island Department of Environmental Management (RIDEM) since 2011, has focused her efforts on confronting the challenges of a changing climate, improving air and water quality, promoting outdoor recreation and local food, and safeguarding public health. Coit chairs the Executive Climate Change Coordinating Council, which leads the state’s cross-cutting work to reduce greenhouse gas emissions and improve resiliency. Coit worked successfully with the Governor and stakeholders to approve multiple green bonds to invest in conservation, recreation, resiliency, and environmental protection. Coit believes that clean water, clean air, safe and attractive parks, and vibrant open spaces are pillars of healthy communities – and a diverse, robust economy. She has led the state’s Lean Government Initiative and improved customer service at DEM, efforts that led to her receiving the Excellence in Public Service award from the Rhode Island business community. Prior to RIDEM, Coit worked for 10 years at The Nature Conservancy where she was director of the Rhode Island Chapter. Before that, she served as counsel and environmental coordinator in the Providence office of the late Senator John H. Chafee and, subsequently, Senator Lincoln Chafee. Coit moved to Rhode Island in 1997, making a transition from her position as counsel to the US Senate Committee on the Environment and Public Works, where she crafted national environmental policy. She is a graduate of Dartmouth College and holds a JD from Stanford Law School, where she was president of the Environmental Law Society. Coit is a member of the American College of Environmental Lawyers. She is married with two children.

Alicia Lehrer has been the Executive Director of the Woonasquatucket River Watershed Council (WRWC) since 2008.  She holds a BA in Environmental Science from Columbia University and an MS in Natural Resources Science from the University of Rhode Island.  Alicia’s work at the WRWC has included spearheading migratory fish passage restoration at the first five dams on the river, working with partners to determine cleanup efforts of the Centredale Manor Superfund site, and leading Woonasquatucket River Greenway expansion, improvement and maintenance.  Alicia joined Clean Water Action’s efforts to establish the RI Green Infrastructure Coalition in 2014 and has remained an active member. This partnership has helped inspire her to create green infrastructure demonstration projects in Olneyville and Elmhurst, and begin to develop larger plans to help make the Woonasquatucket corridor more resilient in the face of climate change. Alicia also serves on the RI Paths to Progress committee, working to establish a network of active transit (biking/walking) paths across RI.

The WRWC’s work has been recognized with several prestigious awards including Grow Smart Rhode Island’s 2016 Outstanding Smart Growth Project Award for mobilizing stakeholders to convert waste brownfield sites in Providence’s poorest neighborhood into park land and 7 miles of Greenway/Bike Path, and four Ovies (Olneyville neighborhood awards) in 2016 and 2017 for outstanding programming and community engagement in Olneyville.

Lorén M. Spears, Narragansett, Executive Director of Tomaquag Museum, has been an educator for 25 years, currently an adjunct faculty at Brown University and formerly at University of Rhode Island. She shares her cultural knowledge and traditional arts learned through her family with the public through museum programs. She has written curriculum, poetry, and narratives published in a variety of publications such as Dawnland Voices, An Anthology of Indigenous Writing of New England; Through Our Eyes: An Indigenous View of Mashapaug Pond; The Pursuit of Happiness: An Indigenous View and From Slaves to Soldiers: The 1st Rhode Island Regiment in the American Revolution. She works tirelessly to empower Native youth and to educate the public on Native history, culture, the environment and the arts. She was appointed by Governor Gina Raimondo to serve on the Board of the RI State Council on the Arts and the RI Historical Records Advisory Board and serves on many other boards including The Pell Center’s Story in the Public Square and South County Tourism Council.

Under Spears’ leadership, Tomaquag Museum received the Institute of Museum and Library Services’ National Medal. Spears has also received numerous awards including a Doctor of Humane Letters, honoris causa, from the University of Rhode Island 2017, the Extraordinary Woman Award 2010, International Day 2010, the Urban League, Woman of Substance Award, 2006 and the RI Council for the Humanities 2016 Tom Roberts Prize for Creative Achievement in the Humanities. She is married to Robin Spears Jr., artist, environmental police officer, and mason. She has three grown children, and 1 grandchild.